The owner hired us to evaluate an apartment unit with a clogged kitchen sink. When we arrived, we discovered extensive water damage due to the kitchen drain being clogged for several days. Water damage to the entire kitchen and living room was discovered within those days due to a sink overflow. We started by looking for a cleanout along the kitchen wall. We ran snake for maybe 10 feet before coming to a halt. The blockage had been partially broken down, so we put hot water down the kitchen drain to help break it down further. After several minutes of running hot water, the kitchen drain was finally clear, and nothing appeared on the cable. 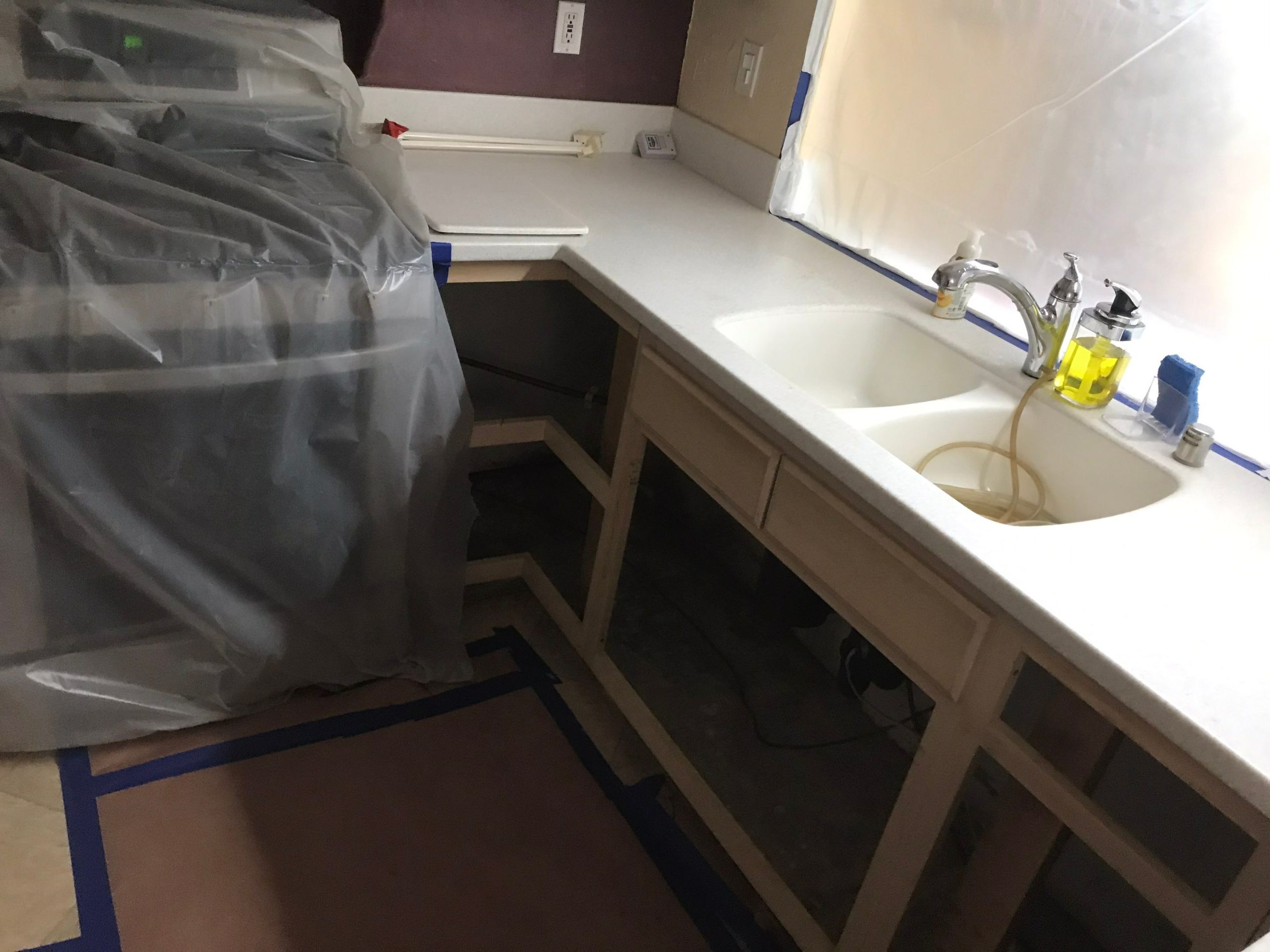 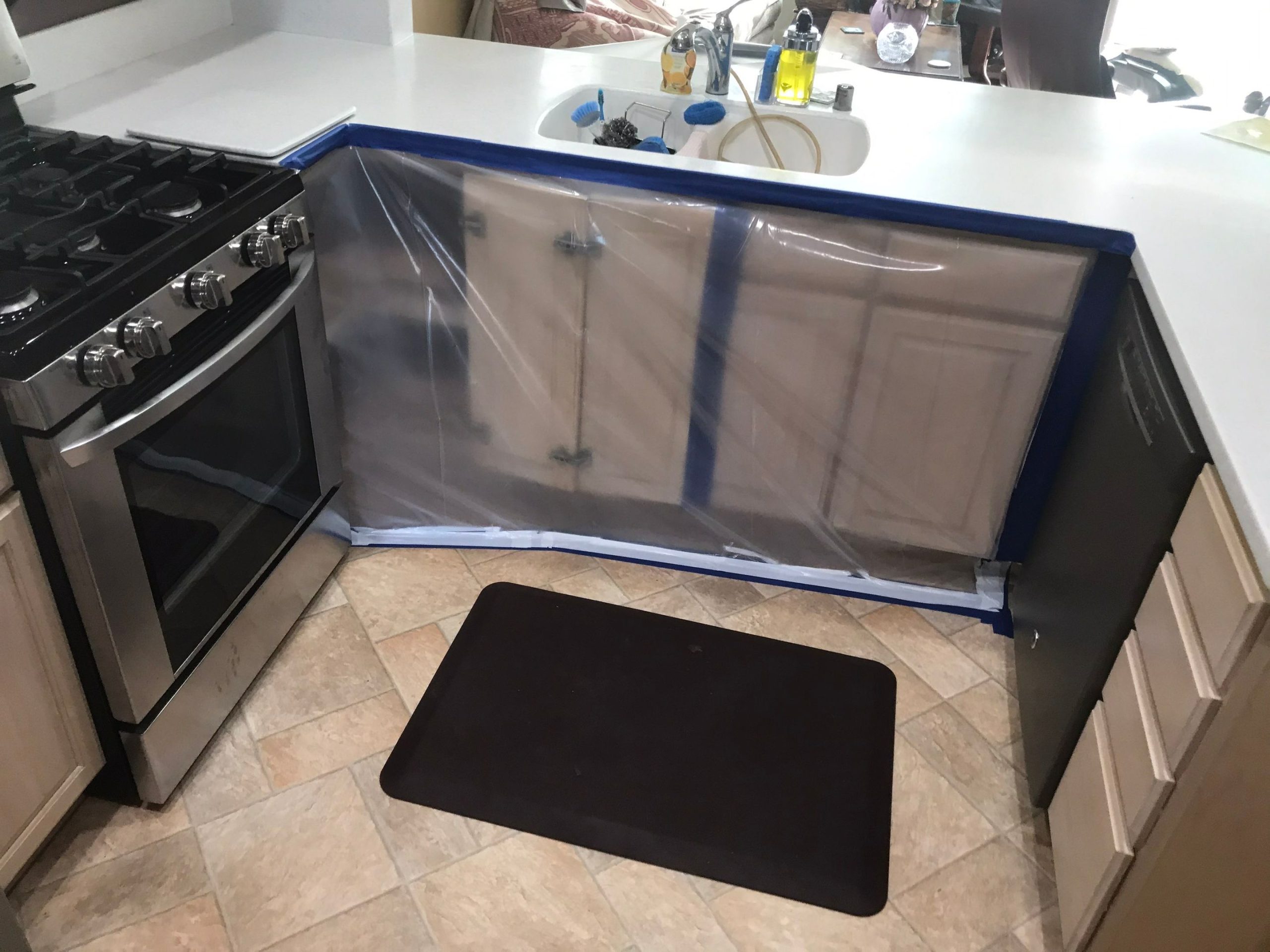 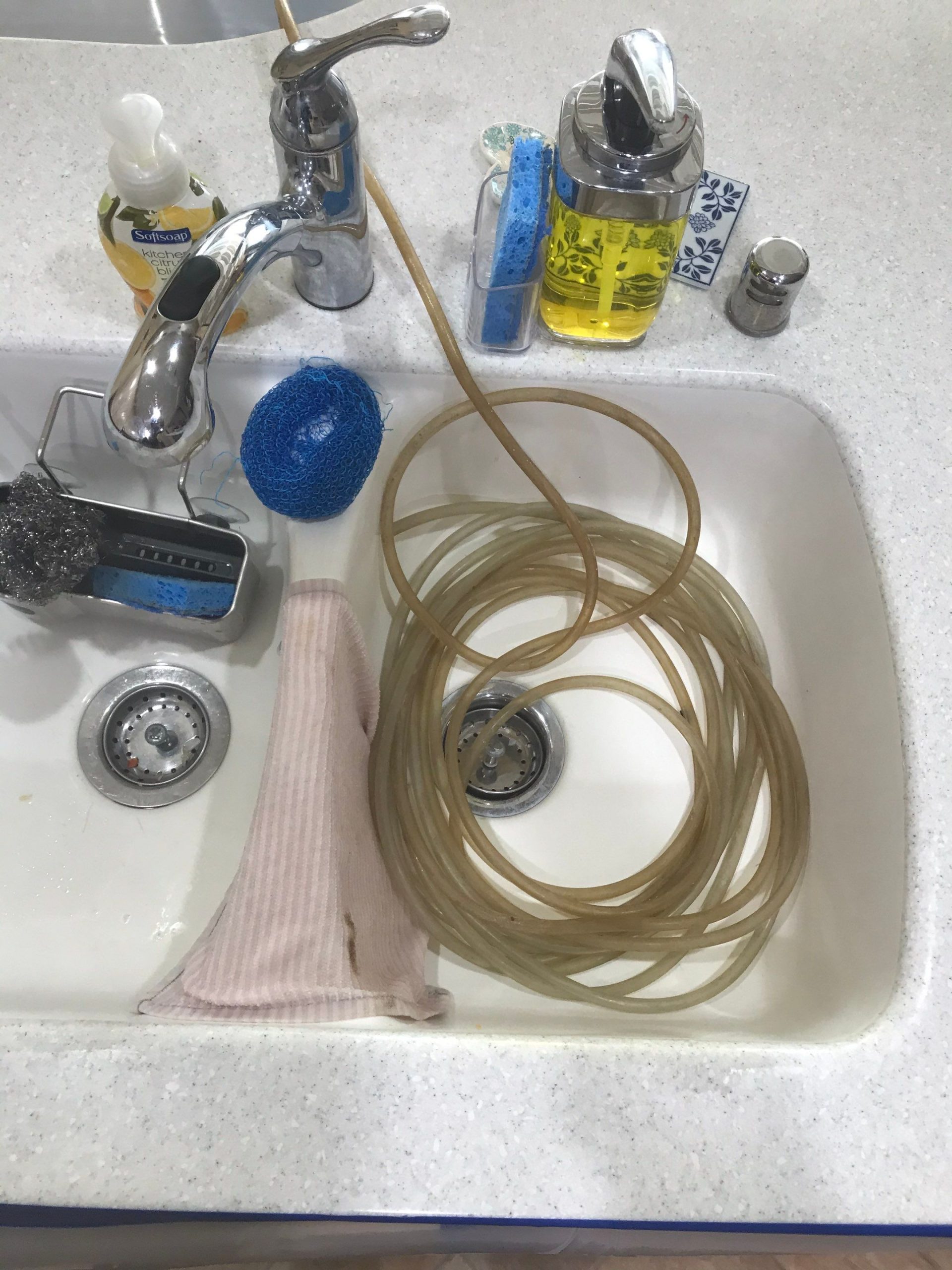 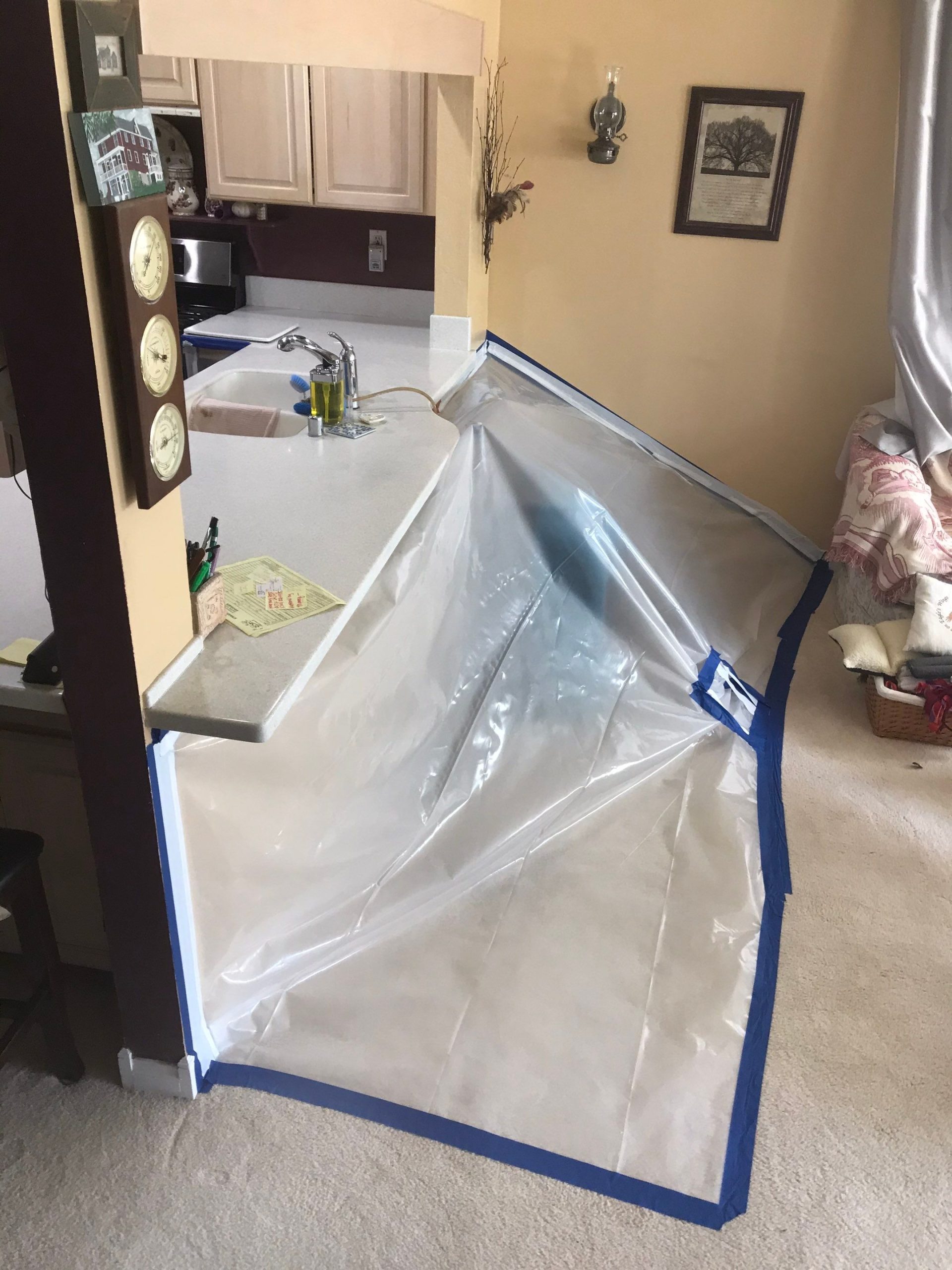